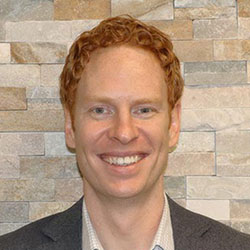 Mr. O’Brien earned his B.A. in 2003 and his J.D. in 2008 from the University of Texas. He was an active member of the Texas International Law Journal, the American Constitution Society, the Environmental Law Clinic, and the EU Migration Law Moot Court while studying abroad. After receiving his J.D., Mr. O’Brien joined a highly successful plaintiffs’ firm in Houston, TX where he focused on class-action litigation, including a suit against FEMA on behalf of Hurricane Katrina evacuees and a suit alleging RICO violations. From 2010 to 2012, Mr. O’Brien pursued a technical degree to complement his legal skills. He earned an M.S. from the Colorado School of Mines and worked as an exploration geophysicist from 2012 to 2016 for Anadarko Petroleum. Mr. O’Brien resumed the practice of law in 2016 with a position defending a class-action lawsuit against the US Postal Service. Mr. O’Brien joined Dworkin, Chambers, Williams, York, Benson & Evans, P.C. in 2017 where his practice concentrates on employment, commercial, and insurance litigation. Mr. O’Brien is licensed in Colorado and Texas and is a member of the American Bar Association, Colorado Bar Association, and Denver Bar Association.