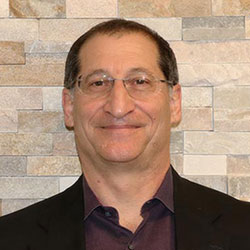 David J. Dworkin is a founding member of Dworkin, Chambers, Williams, York, Benson & Evans P.C.  He attended the University of Colorado School of Law where he served as Law School Vice President.  After graduating in 1985 he served as a judicial clerk to the Honorable William F. Dressel.  Since 1986, Mr. Dworkin primarily represents insurance companies, third party adjusting agencies, and self-insured employers in workers' compensation and insurance defense matters.  He practices statewide and has argued cases before the Colorado Supreme Court and Colorado Court of Appeals. Mr. Dworkin lectures on issues of workers’ compensation to employer groups and to attorneys at continuing legal education courses.  Mr. Dworkin has the highest possible peer review rating, AV, in Martindale Hubble, was selected as a "Super Lawyer", and was selected as a 5280 Magazine "Top Lawyer" in 2015, 2016, 2017, 2018 and 2019.